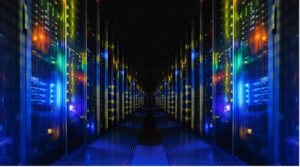 SiPearl, the European company designing low-power, high-performance microprocessors, is laying the foundation for achieving 1 quintillion calculations per second (exascale) supercomputing capability using oneAPI open accelerating programming standards and a multiarchitecture system. Intel is collaborating with SiPearl on this effort with key contributions including a commitment to open standards such as C++ and Khronos SYCL, consulting on the oneAPI specification, providing its latest generation of discrete GPUs, the Intel® Data Center GPU codenamed Ponte Vecchio (PVC), and developer tools  that play a critical role in establishing a truly heterogenous ecosystem.

oneAPI is a cross-industry, open, standards-based unified programming model that delivers a common developer experience on CPUs, GPUs, FPGAs and other accelerators across multiple vendors. The programming model simplifies heterogeneous development and provides fast application performance without proprietary lock-in and enables the integration of existing code. SiPearl’s adoption of oneAPI for exascale supercomputing is proof of oneAPI’s rapidly growing industry momentum and popularity.

SiPearl, for its part, is developing the high-performance, low-power microprocessor called “Rhea” that will drive European supercomputers and, in the process, establish Europe’s technological prominence in key disciplines, including artificial intelligence (AI) medical research, climate modeling, and green energy. SiPearl was birthed from the European Processor Initiative (EPI) to design and bring to market the European microprocessor for exascale supercomputing. The EPI is a consortium of 28 stakeholders, universities, research centers, IP providers, industrials, system providers and supercomputing centers that include future customers and end-users.

Multiarchitecture Components Work Together with oneAPI

The Rhea CPU, working in conjunction with accelerators, will enable exascale computing solutions. Acceleration in modern high performance computing (HPC) systems is most typically achieved by including one or more GPUs on cluster nodes. 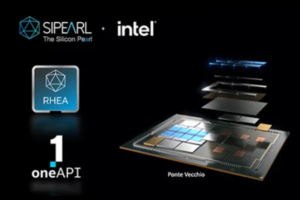 SiPearl’s strategy is to port and optimize code with oneAPI to its Rhea processor, utilizing oneAPI’s unified programming solution across the heterogenous compute node to increase developer productivity and workload performance. The joint solution incorporates, among other technologies, the upcoming Intel Data Center GPU, designed for HPC and AI applications.

At the oneAPI DevSummit held during International Supercomputing 2022, Vincent Casillas, SiPearl VP of R&D, co-presented a session with Intel outlining how SiPearl is leveraging oneAPI to target diverse architectures from multiple vendors. 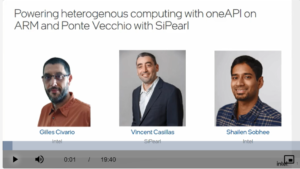 Video of SiPearl/Intel presentation from the recent Developer’s Summit held at ISC ’22. Presenters describe how the SiPearl Rhea CPU and the upcoming Intel Data Center GPU will utilize oneAPI to harness this combination of heterogeneous devices.

A Closer Look at the First Microprocessor Dedicated to Supercomputing

At the heart of SiPearl’s push for European technology leadership is its Rhea microprocessor, which will feature Arm Neoverse V1 CPU cores connected by a mesh network L3 cache slices. Supporting the processing of each node will be high-bandwidth memory (HBM2e) controllers and high-capacity DDR5 memory controllers. Rhea is designed to be compliant with many different accelerator devices that can be incorporated into an exascale cluster node.

To promote and support a heterogenous ecosystem, SiPearl is leveraging oneAPI multi architecture capabilities where C++ SYCL code is compiled to target ARM-based processors. Optimizing oneAPI to its Rhea processor provides a single programming solution across all the devices in a compute node. A single codebase able to be executed across a range of diverse architectures from multiple vendors will ensure no part of the ecosystem is constrained by proprietary vendor-lock-in and increase HPC productivity and workload performance. 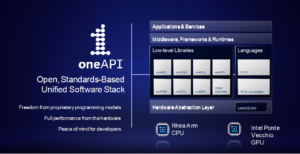 The oneAPI libraries will enable a wide-range of HPC, AI, and other computationally intensive applications to execute seamlessly across nodes equipped with the SiPearl Rhea CPU and Intel Data Center GPU.

In order to build applications that can execute on nodes containing heterogeneous devices, there must be compiler support for the code. In the case of SiPearl’s plans, this requires oneAPI-aware compilers for the Arm-based CPUs and for the Intel GPUs. When running on the node, the program logic will schedule the appropriate computations on each device for a seamless execution. SiPearl has taken the initiative to port the oneAPI DPC++/C++ compiler to Arm and while there is still a lot of work yet to be done, they were successful at running a SYCL-port of the GROMACS workload on a system sporting an Arm CPU and an Intel discrete GPU. This was demonstrated at ISC 2022 in Hamburg in May.

With this SiPearl-Intel joint development, European customers will be able to combine SiPearl’s high-performance and low-power Rhea microprocessor with Intel’s data center and discrete GPUs to create high-performance compute nodes. The collaboration is already working.

GROMACS is GROWING in Popularity

Erik Lindahl, a Biophysics professor leading GROMACS research and the transition to oneAPI for Stockholm University, also directs development of the GROMACS molecular dynamics toolkit.  “With GROMACS 2022’s full support of SYCL and oneAPI, we extended GROMACS to run on new classes of hardware,” Lindahl said. “We’re already running production simulations on current Intel Xe graphics-based platforms as well as the upcoming development platform Ponte Vecchio via the Intel DevCloud. Performance results at this stage are impressive – a testament to the power of Intel hardware and software working together. Overall, these optimizations enable diversity in hardware, provide high-end performance, and drive competition and innovation so that we can do science faster, and lower costs downstream.” Learn more: article | video.

Industry adoption of oneAPI is evident across various market segments such as AI, visual computing and HPC, among others. This momentum continues as industries harness the power of oneAPI across diverse architectures.

SiPearl is among the companies that are leveraging the power of multiple devices in computational nodes with applications built on libraries and tools based on the oneAPI standard. As heterogeneous systems become more common, oneAPI will help companies achieve the highest performance on a wide range of complex and compute-intensive problems.