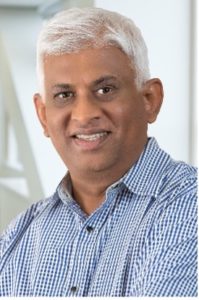 Since its launch in November 2019, oneAPI for open accelerated computing has made great strides; I’ve seen the specification grow into new domains and am pleasantly surprised at the increasing number of implementations across multiple architectures and vendors. To better meet the evolving needs of the oneAPI community of developers, I am happy to announce that oneAPI is expanding to a community forum for open accelerated computing with a new governance structure.

oneAPI was created to drive a new era for accelerated computing with open, standards-based, cross-architecture programming. It has been successful in overcoming the limitations of single-vendor proprietary solutions, which lock user application code to a single vendor’s architecture and can hinder innovation and adoption of alternative architectures. It has demonstrated portability of code across CPUs, GPUs, FPGAs, and AI ASICs. oneAPI has demonstrated performance comparable with the native solutions on Intel, AMD, and NVIDIA hardware. Many global companies and universities have embraced parts of oneAPI as their programming model of choice, including Amazon Web Services (AWS), IBM, Intel, Codeplay*, Huawei, and Fujitsu. Similarly, large research institutions – like Argonne National Laboratory, Lawrence Berkeley National Laboratory, and Oak Ridge National Laboratory in the United States, as well as Riken Centre for Computational Science in Japan – are using parts of oneAPI in some of the fastest supercomputers in the world to accelerate their research through highly parallel software. (See Global oneAPI Ecosystem Continues to Gain Momentum for more.)

For the past three years, Intel has contributed the core specification and a set of open-source implementations collaboratively built with input from our Technical Advisory Boards and community members. With the help of our advisory boards, we open sourced our SYCLomatic project to accelerate migration from CUDA to the open SYCL language and drove numerous improvements in many parts of oneAPI. While it was essential for Intel to curate the initial effort to bootstrap an open programming model for accelerators, it is now time for the next phase of this journey.  With success comes the need for more open governance. In that vein, we’re expanding the governance of oneAPI to a community-based forum that will help facilitate more holistic input and enable the community to shape the open and free programming model for accelerators that runs everywhere, forever.

The initial leadership of the forum will be assumed by Codeplay* – a company with two decades of experience in supporting multiple chip architectures and long-standing relationships with various silicon vendors. Its work with the Khronos Group on the development of SYCL and its commitment to delivering cross-platform SYCL and oneAPI tools, make Codeplay uniquely positioned to manage this expansion. While oneAPI has always been an open effort, the forum’s proposed new governance structure ensures low overhead in the decision-making process and allows deeper community participation. I’m also happy to announce that Rod Burns, vice president of Ecosystem at Codeplay, accepted the position of the steering committee chair. He will work with the oneAPI community to define the forum’s working groups and solicit nominations for the remainder of the open positions. Check out his blog for more specifics on the oneAPI community forum governance and look for more updates from him as the transition moves forward.

Our vision remains the same: the development of an open accelerator programming model and library interfaces built on standards that work on ALL architectures and platforms. I invite you to become part of the community and influence the next stage of our evolution. You can join in oneAPI forum working groups, contribute to the specification, or speak at upcoming events. Today’s foundational investments in open accelerated computing will create a competitive environment which scales to heights that are fundamentally limited by proprietary approaches.

*Codeplay is an Intel company.