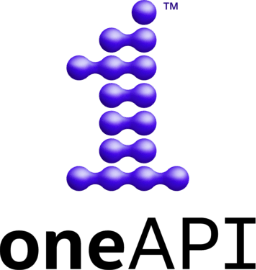 oneAPI in the News

Find the latest news about oneAPI from across the Internet.

Software developers are looking more than ever at how they can accelerate their applications without having to write optimized processor specific code.

Intel engineers have outed a new version of oneDNN, the library formerly known as DNNL and before that MKL-DNN for providing a deep neural network library geared for high performance deep learning applications.

In this guest blog, Michael Wong, Chair of the SYCL Working Group and Vice President of Research and Development at Codeplay Software Ltd, reflects on the evolution of SYCL in the past two years.

Intel’s open-source teams have been issuing a slew of new packages in recent days.

The Intel Graphics Compiler (IGC) and now in turn the Intel Compute Runtime have updated their compiler stack against the newly released LLVM Clang 10.0.

GPUs offer the promise of tremendous compute power for HPC applications (like AI and DL/ML) … of which a majority are developed to run only on high-end CPUs. So how does a developer run AI apps on both CPU and Xe GPU platforms?

The oneAPI specification v0.7 has been released, which defines the programming interface for core elements of oneAPI, including the DPC++ compiler, libraries, and Level Zero driver. This latest release includes several enhancements to DPC++ including 10 new language extensions, as well as updates to many of the libraries, among other improvements.

Last week Intel released an initial set of micro-benchmarks for their oneAPI Level Zero and with L0 support being plumbed into their open-source Intel Compute Runtime, this weekend I started toying around with some Level Zero benchmarks on a variety of Intel processors.

To address the lack of an industry-standard interface for math libraries and provide a single, cross-architecture API for CPUs and accelerators, Intel released the oneAPI Math Kernel Library (oneMKL) open source interface.

Programming languages are a dime a dozen; throw a rock in any direction and you’ll hit one. Question is … can you use any of them to program data-centric applications that are deployable across CPUs, GPUs, FPGAs, and AI accelerators? You can now.

How do you run diverse workloads on a modern architecture with simplicity? @QuantaQCT will share its know-how at Intel Innovation. Register to unleash the power of workload-driven #Cloud and #5G Infrastructures with #DAOS, #oneAPI & #FlexRAN. https://intel.ly/2Xb5M9D #IntelON

A subscription-based helpdesk service designed to help programmers adopt and use the Intel oneAPI Toolkits at every stage in the project life cycle.

See how machine learning scientists at the @broadinstitute used #OpenVINO to accelerate #machinelearning algorithms built on the @TensorFlow framework: https://intel.ly/3m0ScPY

Intel’s own Beenish Zia will join Evgeny Drapkin from @GEHealthcare at this year’s #DevFest for a special discussion centered around the use of #oneAPI in the healthcare industry. Be sure to reserve your seat today: https://intel.ly/3DUv4Zf

In the #oneAPI 2021.4 release, we didn't forget about our performance libraries and analysis tools. Intel Inspector improves C++ stack frames visualization and increases the accuracy of libc and OpenCL libraries reporting. Check it out: https://intel.ly/3FHvELJ