Preparing NAMD for the Aurora Supercomputer

NAMD is a well-known, highly scalable parallel molecular dynamics application. A past recipient of the Gordon Bell Award in 2002 and a Gordon Bell Special Prize in 2020, NAMD is capable of scaling simulations to tens of thousands of CPU cores and thousands of GPUs, providing a tool for biomedical researchers to understand protein assemblies, cell membrane channels, and even entire virus capsids at atomic-scale resolution. The Aurora supercomputer at Argonne National Laboratory is slated to be only the second computer ever developed for sustained Exascale computation rates. Supporting NAMD on this novel architecture involves porting its existing GPU kernels to oneAPI/SYCL in order to leverage Intel’s Ponte Vecchio GPUs which will provide the majority of Aurora’s computational power. This talk will present the ongoing porting and tuning efforts in preparing NAMD for Aurora. 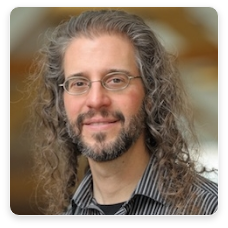 David Hardy is a senior research programmer at the University of Illinois at Urbana-Champaign. He leads the development of NAMD and was part of the research effort awarded in 2020 the ACM Gordon Bell Special Prize for High Performance Computing-Based COVID-19 Research.